“Audiences are harder to please if you’re just giving them effects, but they’re easy to please if it’s a good story.” – Steven Spielberg

The brand "Film Ave."  intends to launch a variety of professional annual laboratories, residences and workshops.

Every workshop and laboratory will have a classical approach and one experimental component.
Experimental script laboratory "Film avenue" ("Film ave.") is just a first robin.

With this lab, we want to help scriptwriters to improve their scripts and to find new ways in working with texts.
We create conditions for deep development, that is why it is important for the script to be at least at the stage of second draft. It should be already well thought out and with constructed main line and characters, so the screenwriter will spent his/hers time in this laboratory with maximum use and leave it with a ready-made script or as close to the final version as possible.

Our laboratory is designed for professionals who already have experience in writing scripts. There is no time to teach people to write scripts within this particular laboratory. It is important for us that advices given to scriptwriters are clear and relevant for them.


Why do we accept full-length scripts in the second draft stage? Just as to correct color and details in a drawing sketch is a waste of time the same with analysis work in a sketch of a script, which may change more than once. That is an excessive waste of resources. This determined the specified stage of the script for submission to the laboratory.

The producer’s interest in the project is important to us because of two reasons:

1. We want the script to which we devote our time and the resource to be implemented in future, and the presence of an experienced producer significantly increases these chances.


2. We want for the producer to understand the necessity of edits to which the screenwriter will come.  If the producer agrees to send the script for refinement to the lab, then he agrees with the fact that there is something to improve in that script.

Mostly, the work in the script lab “Film Ave” will take place following the classical plan: script doctoring, group analysis, solitude and rewriting the script in a specially-organized residence (this time the place for the residence will be the Carpathian mountains - Bukovel, Ukraine), and readings of scripts.


The laboratory also has an experimental part: the analysis of characters and motives of characters with the psychologist and with actors involved in practice of system placement by Bert Healinger that is adapted to improve script history and deeper disclosure of characters.


The choice of scripts to the laboratory will be made in favor to those that really can be improved.


The speed of the first set of laboratory is determined by deadlines by which it should be carried out. But, as experience shows, if the scriptwriter has something to send, then a script can be submitted in a week or even in a day.  So, go to the page for information about the documents you need to submit and take part in the experimental script lab "Film Ave". Do not miss your chance.

Good luck to you and success! 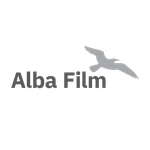 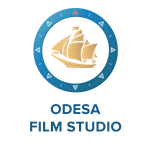 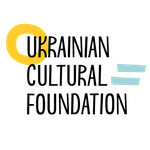 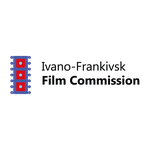 Functional cookies enable this website to provide you with certain functions and to store information already provided (such as registered name or language selection) in order to offer you improved and more personalized functions.

Performance cookies gather information on how a web page is used. We use them to better understand how our web pages are used in order to improve their appeal, content and functionality.

Marketing / Third Party Cookies originate from external advertising companies (among others) and are used to gather information about the websites visited by you, in order to e.g. create targeted advertising for you.